Having low expectations about something doesn’t mean you don’t care what happens.

In fact you might care a huge amount, but by keeping an emotional distance from what you’re really hoping for, you can save yourself all sorts of troubles.

I think the trick is to care enough to ensure that you give it your best effort, but not so much that you tear yourself apart in order to hit the target, or your world falls apart because you missed it.

It is much easier said than done however, and I’ve fallen prey to both types of outcome many times.

There are obviously other scenarios here, like getting an awesome result despite not preparing or really caring, but in the context of long distance running they’re less likely.

It took me an unreasonably long time to realise that my ability to obsessively focus on something often generates an awful lot of collateral damage, which unless it’s shoved in my face goes unnoticed.

My wife, my physio, my therapist and my legs and hips all figured this out a long time ago, and thankfully their increasingly unsubtle interventions have finally taken root and new habits are being forged.

Some of the things that fell by the wayside are only surprising in that they even needed to be jettisoned, smoking cigarettes for example. The self delusion required to keep a habit like that going whilst maintaining a high level of fitness is impressive, but depressingly futile. Stressing a heart that’s already climbing (literal) mountains isn’t paying much respect to your future self.

Strava challenges, along with very structured training plans were more unlikely victims, but ditching them probably contributed the most to injury prevention.

In the right context and with a healthy and normal approach to training, both of these tools are incredibly useful and sensible ways to ensure progression and motivation. In the hands of a myopic obsessive however, they easily encourage overtraining when resting should be the priority.

So my feeling in the week leading up to the race was a strange mixture of being calm, happy and genuinely looking forward to a “nice day out by the river”, and feeling decidedly physically unprepared. 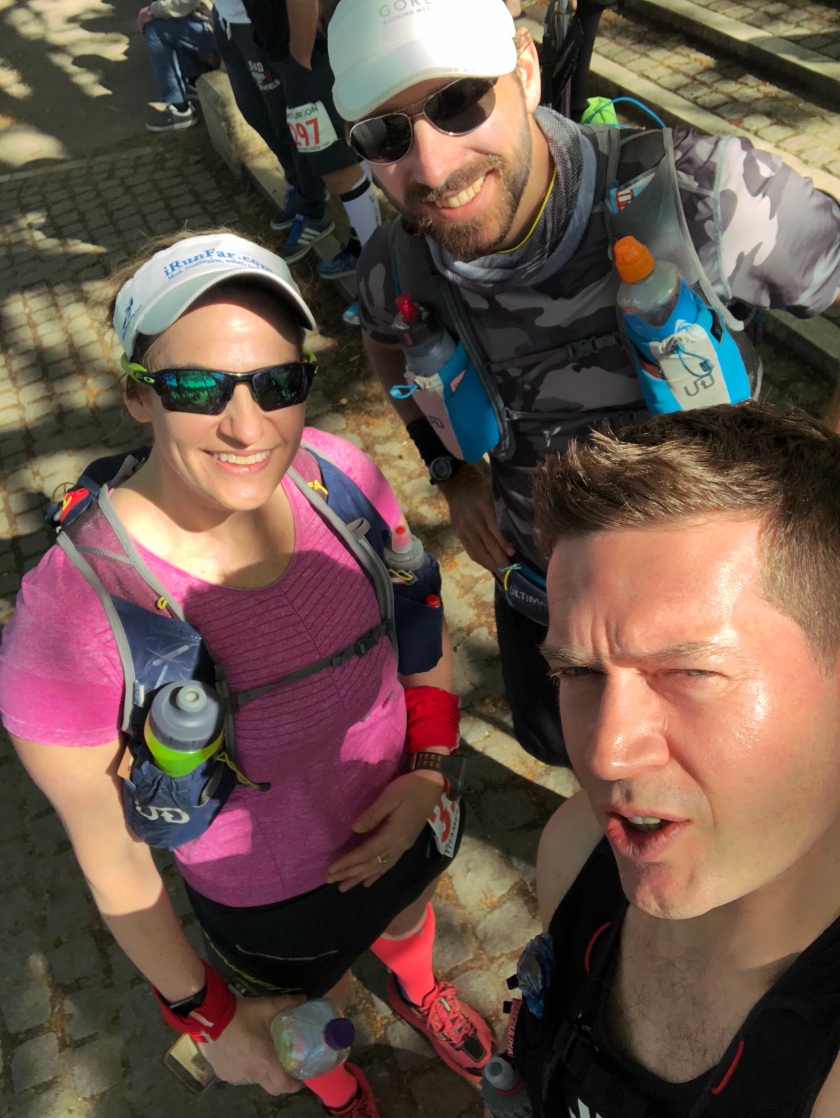 The race, a centurion one, takes on 100 miles of the Thames Path. Starting by the old town hall in Richmond, it (mostly) sticks right by the meandering river before finishing in a rather nice looking field in Oxford. As luck would have it the weather was superb, and everyone that wasn’t racing seemed to be thoroughly enjoying it (those that were racing struggled with hydration somewhat, clearly nobody fancied drinking river water).

I set off at an easy pace with Marissa only to lose her at the first gate (tip: keep to the left by the old public toilets to avoid this massive bottleneck), then fell in with Christian and we trundled along in happy and relaxed conversation.

It didn’t take long for the heat to start picking people off, and after 12 miles at a more than decent clip I said my goodbyes and concentrated on dealing with my wildly beating heart and sore legs. It was definitely a bit early in the day for this!

Remembering feeling in a similar state whilst training in 30 degree humid heat a couple of years ago, I minimised time in the sun by running, and maximised time in the shade by walking. Along with plenty of water (which I soon ran out of) and small frequent nibbles on salty sausages, normal service was thankfully returned.

I had a plan, of course, plus aggressive and slightly more realistic targets, but they were more to give me something to think about and act as a rough guide rather than actually dictating my pace.

Christian and I had spent a couple of lunchtimes debating pacing strategies and how to build a pace calculator with realistic slowdown factors (we are quants after all). It was all good fun but in the end I opted for what Christian dubbed “constant perceived effort”. I also intended to keep something in reserve for a final kick, depending on when I felt like I could go all out (hopefully before the finish line!).

Apart from the initial fast miles, the pace chart looks pretty spot on, and it felt about right too: 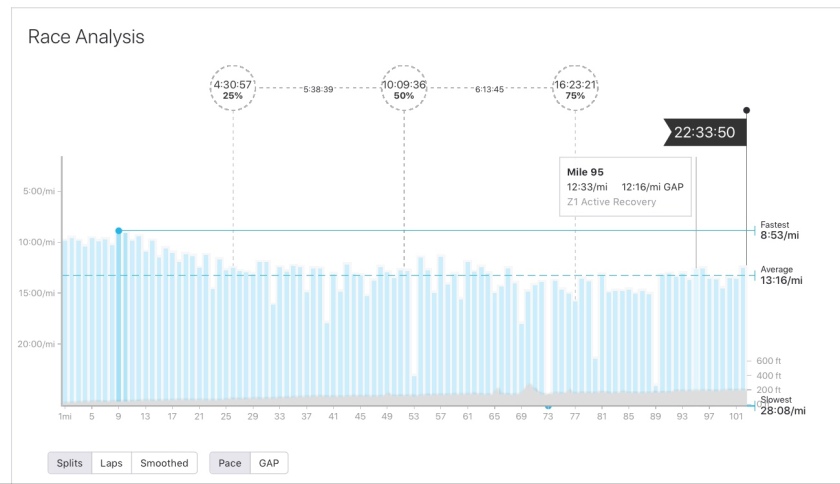 It would have been nice to go faster, but with only 10 miles a week of training in my legs it just wasn’t going to happen.

A couple of times I doubted whether I was enjoying myself, but as soon as I remembered the misery of day two on the spine everything felt a whole lot better. 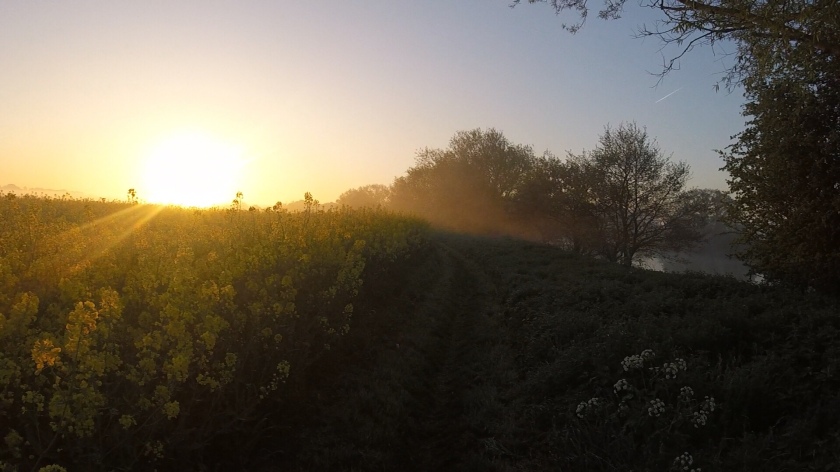 Feeling genuinely relaxed, without being fixated on a finish time or obsessing over one was a lovely way to run. It felt like the extra energy was being used to maintain good form and remembering to eat and drink, so the miles ticked by quickly and painlessly. 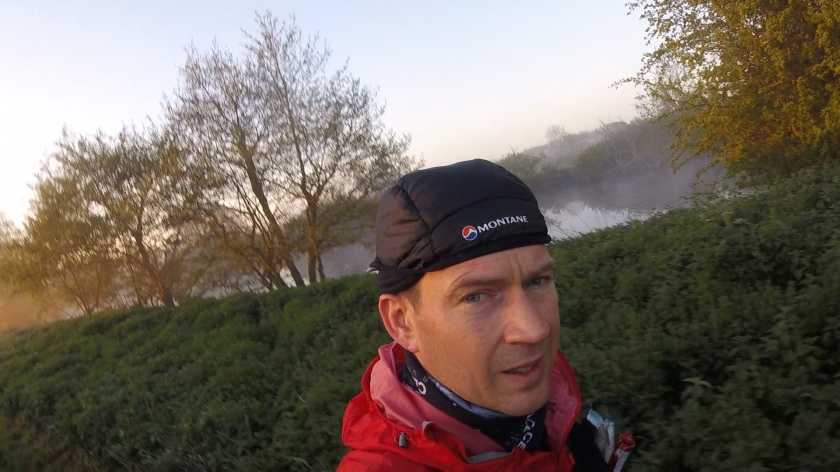 Not faffing at aid stations helps too, I carried all my own food so only filled up two 500ml bottles and was typically in and out within 3 minutes or less.

This meant I didn’t eat very much, but mountain fuel and tailwind helped and I never felt really lacking in energy.

I went into the race secretly hoping for a sub 20 hour finish (aim high!) but really targeting anything sub 24. With the heat just finishing sounded good.

So yes I cared about the outcome, and I was very pleased with 22.5h, but at no point was I pushing myself dangerously into the red, or lounging around with my feet in the river (as tempting as it was!), and I could hardly be disappointed when my expectations spanned 8 hours!

After such a long time off, I really did have a very nice day out by the river, and I’d heartily recommend this (most excellently organised) race to anyone. 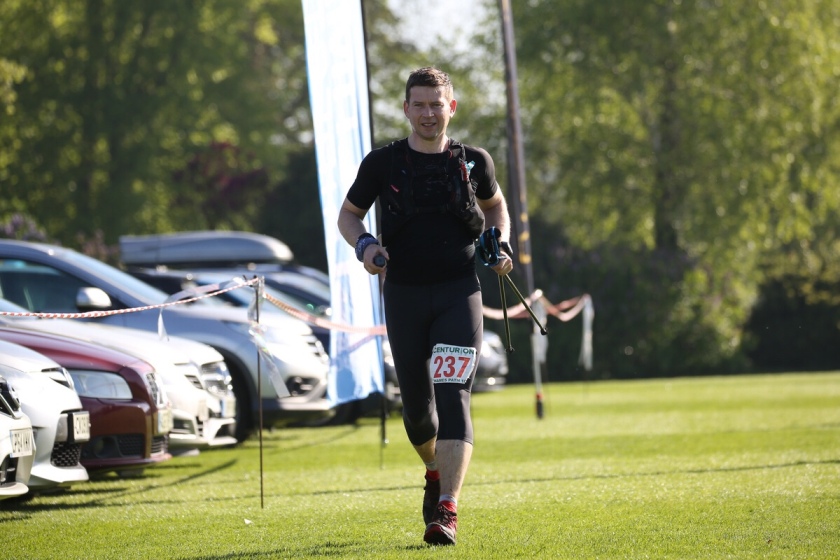 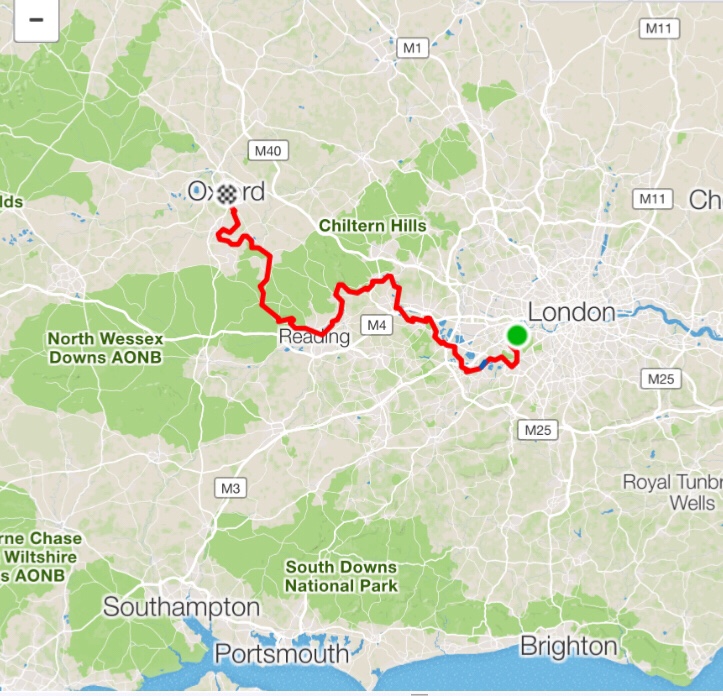