I don’t know exactly when it happened, in fact I’m not sure there was an actual “it”, but I do know when I started to realise that I’d been running on the wrong side of the line for too long.

I’ll just get to the end of this week, ignore the pain, next week is much lower milage, then holiday the week after.  Then I can rest.

I should know better by now.

Eight months ago, I was in a good place.  The stress fracture in my hip had healed, and a couple of brutal ultras had been notched up.  Legs were happy, I’d lost weight, and the Crawley 24h track race, 7 months away, was beckoning.  I hadn’t overcommitted myself, and had set in motion a long but balanced training programme designed to pitch me onto that 400m loop in peak condition.

What could go wrong?

The line, do you know it?  It’s a thin strip of nothingness, existing in the far corners of your mind, when you’re fit and healthy that is.  When you don’t allow your body to rest enough, to recover from the punishment you’re dealing out, it turns into a very real physical barrier, only now you’re on the wrong side.

It’s that fine line between peak fitness, and debilitating injury, and the trick is to stay as close as possible to it, without straying into the darkness beyond.

The problem is, often you don’t realise you’re on the wrong side until it’s too late.

With experience you can learn to recognise those little niggles, and ease off the training.  Spend some money on a sports massage or two, buy a bag of magnesium salt and take some long baths.  Buy a foam roller, and use it.

In fact you can do all those things, and more, but if you don’t rest, if you don’t let your body adapt to the training stress, then it will sabotage everything.  It has to, to protect itself.

I often joke that if I listened to my body, I wouldn’t get out of bed.  It’s probably impossible to run an ultra without ignoring the screaming pain from each and every body part, and the thing is, the problem that I’ve only just realised existed, is that there are different kinds of pain.

They both feel similar, but the more long races you do, the higher your upper threshold moves.  What might have once been a 9 on the pain scale, is a mere 3, after you’ve gritted your teeth through a hundred mile race.  The more you put yourself through, the higher that threshold goes.

So when your hamstring gives a little yelp for help midway through a 6 mile commute, it feels as trivial as a slightly sore neck after a bad nights sleep.  You’re aware of it of course, but it doesn’t deserve all that much attention, other than perhaps a slightly extra long stretch. 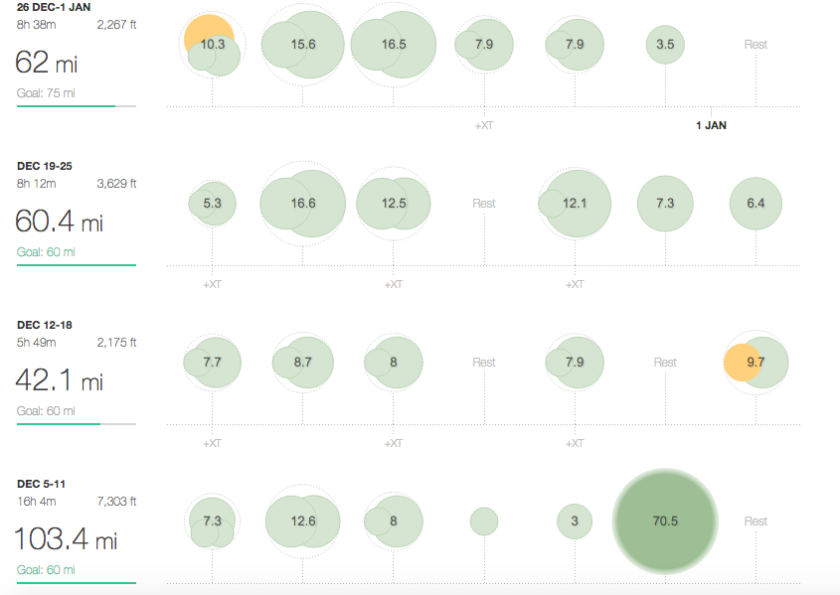 I still feel like a fool. I should have known better, I’ve run myself into the ground before, and I thought I’d learnt a proper lesson.

What went wrong?  It’s not complicated.

I ignored the pain, I ran when it hurt and I kept running, until it was too late.

No stress fracture this time, just a spot of tendonitis.  Just everywhere on my hips and hamstrings.  Just all my bones out of line, so much so that my chiropractor couldn’t believe a person could appear so chipper with the pain I was supposedly in.

It didn’t really hurt all that much though, not until it hurt so much I could barely walk.  Only then did I take painkillers, so it wasn’t even that I’d masked it with drugs.

I need a better pain barometer.

Failing that I need to purposely allow sufficient rest in my training schedule.  I need to master my own mind, in a way that allows me to realise when I’m getting too close to the line.  To step away, to hell with the plan.

That feeble voice is the real master, it knows the matter always wins.