Did Not Finish. DNF. My first (proper) one.

I’ve run enough races and read enough race reports that bailing out before the finish line was not something I took lightly. I’ve got enough buried regrets without adding to the pile, especially when doing something so inherently selfish.

On my way home from Yorkshire (I at least managed the fun run distance of 110 miles) I wrote down what was in my head, knowing full well that time always softens memories, especially bad ones. My notes are pretty fresh and raw so I’ll add them in a separate post. They still make me wince now, 5 months later.

It really wasn’t all bad, in fact quite the opposite. The first day was actually rather a jolly affair; motoring quickly along and making remarkably good time. I didn’t really talk to anyone, or rather nobody really wanted to chat (to me at least), and somehow the race seemed different to the one I ran 2 years ago.

There were a lot more people for one thing, and for some reason they all had various stuffed animals hanging off their rucksacks. One chap was wearing a velvet top hat (the technical version presumably).

For a supposedly brutal race this all seemed very frivolous, but maybe I was just even grumpier than usual. Having to ditch a load of stuff from my drop bag on race morning may have had something to do with that.

The marshals were a lot stricter than before (actually weighing bags) and I felt much more of a number than a person, which is always a big turn off for me in any kind of event. I do understand why they needed to be less lenient with weight, twice the number of runners means a lot more effort behind the scenes.

Once we were off it was all good, like it always is, nothing like some fresh air in the lungs and a few miles in the legs to get your head back in the right place.

I sang songs and smiled at anyone I saw. It was a good day. 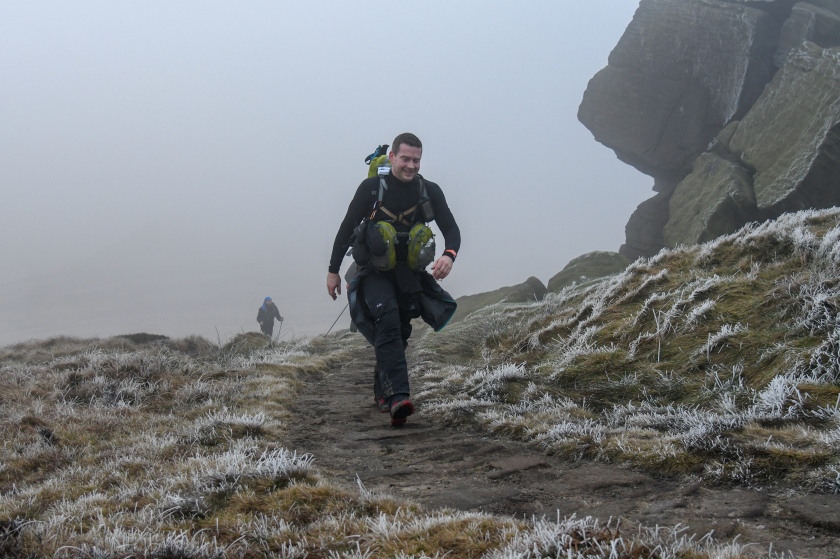 Normal service had been resumed all round, with super friendly people at road crossings and checkpoints. I was even intercepted by a friends sister Lucy, who walked with me for a while and gave me chance to have a nice chat over a bag of haribos.

I got to the first checkpoint feeling really good and didn’t plan to spend much time there: quick kit change, some food and off. Which is exactly what I did, as well as making a small silly mistake which was to have a huge impact about 12 hours later.

On the face of it, chucking my iPhone in my drop bag seemed perfectly reasonable. I had my small Nokia for emergencies and why carry all that extra weight?

Erm, because it’s got that awesome playlist on it. The one that you knew you’d need when you felt really miserable in the cold and dark. The music that you’d spent hours and hours choosing to be as uplifting as possible.

Oh yeah. That’s why I was supposed to keep it in my pack.

Fast forward 12 hours and I was indeed very miserable. The euphoria of the first day had quite literally been wrung out of me by continuous lashing rain and howling wind.

Oh and I think my jacket needs reproofing.

I was properly wet, and very cold. My sense of humour had long since seeped into the omnipresent mire, leaving me barking helplessly into the wind.

At one point I caught myself swearing loudly at a particularly large muddy puddle.

“Oh come on! You have got to be FUCKING joking! FUCKS SAKE YOU COCK FUCKING MUD. Fucking FUCK BAG! SHIT PISS CUNTHOLES!”

It was so ridiculous (and such rubbish swearing) that I almost smiled, shame I didn’t have a nice piece by Paul Simon to take the edge off things. Or a good 90s power ballad.

Instead I gritted my teeth and marched onwards, obsessively projecting pace and timing to the next point where I could legitimately stop for a brief distracting moment to eat and drink something, preferably hot. 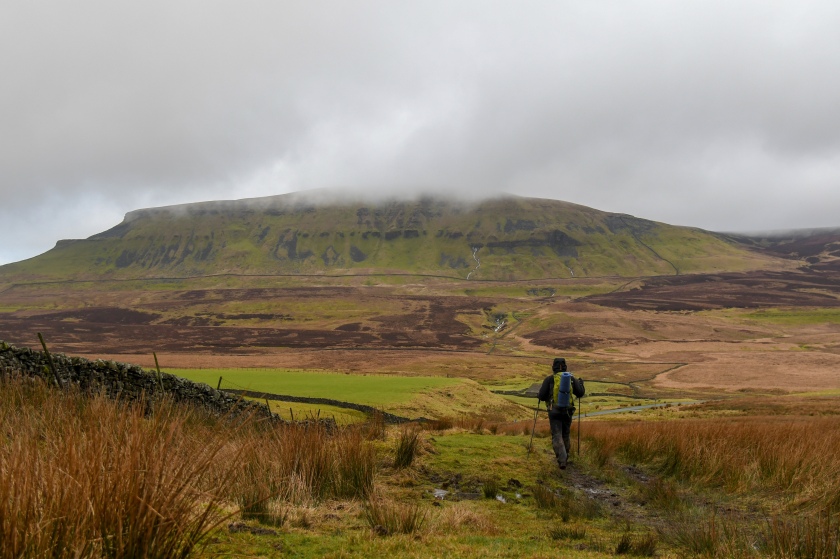 Long events have ups and downs, events that span multiple days with severe sleep deprivation have many highs and lows. It’s all part of the fun.

Actually it’s all part of the challenge, and how you manage both of these emotional states is a large factor in the eventual outcome.

It’s very easy to get carried away and go too hard when you’re riding a high. You can inadvertently damage muscles and/or cause hot spots. Both of which are easily missed beneath the delicious endorphins sloshing around your system.

It’s equally easy to slip into a self reinforcing downwards spiral when everything isn’t quite going to plan.

If you don’t manage your mind properly it can fester on the smallest pain or problem, blowing it out of proportion and crowding out all other thoughts. Sometimes it can even cycle through a load of these, and the overwhelming feeling becomes one of despair and hopelessness in the face of such insurmountable barriers.

You can know all that, and still fall foul of them. I didn’t really notice I was going too hard on the first day (though being in the top 20 was a bit of a giveaway), but I was fully aware of what a depressing pit of doom I’d sunk into.

I just didn’t seem to be able to pull myself out, and I tried. A lot. 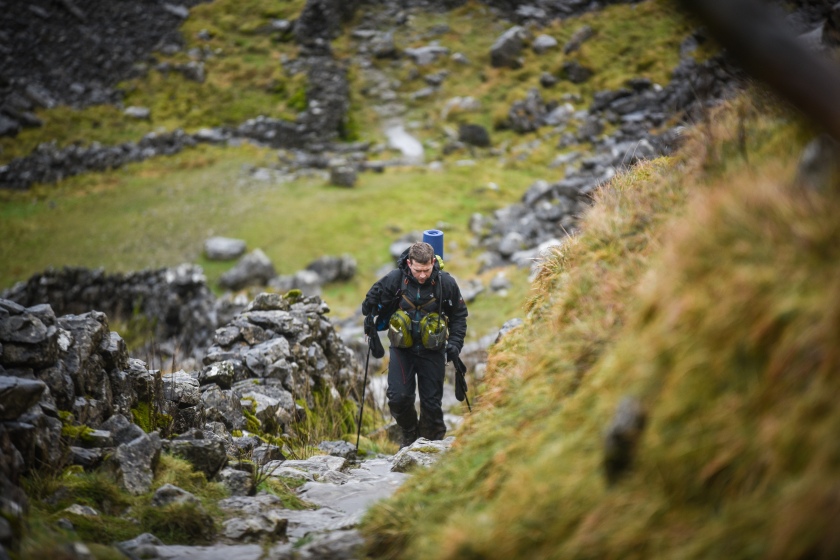 It didn’t help that some more things went wrong, mostly due to overconfident planning, and mostly avoidable (or at least a backup plan should have been ready to kick in).

Ultimately I chose to stop, some might say refused to continue. I know I could have finished, I had before after all, so knew it was physically possible. The spark from the first day had gone out, and the prospect of dragging my painful arse (literally) to Scotland with gritted teeth just wasn’t something I was prepared to do.

So I failed to complete the whole thing, but interesting it didn’t, and doesn’t, feel like a failure.

The jolt to my complacency, and realisation that my body needs a lot more attention than it’s been getting has really changed my attitude.

I’ve been reflecting on my notes, which cover various aspects of both race preparation and the race itself. Physical and mental.

It’s been very beneficial and I honestly feel like I’ve learnt a lot more about myself and ultra distances than I expected to.

The lessons have already manifested themselves in positive ways, the Thames Path 100 went exceedingly well (more on that another time). I’m looking forward to the South Downs Way 100 in two weeks and I’ve entered my first triathlon.

My notes from immediately after the race. 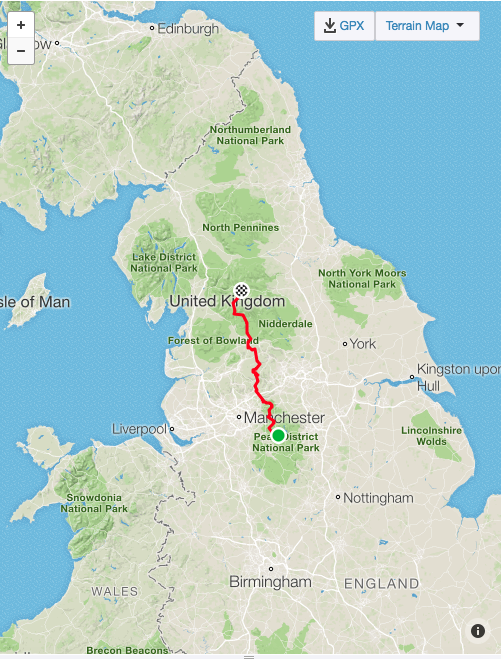